Veterinary science in the service of protecting animal and human health 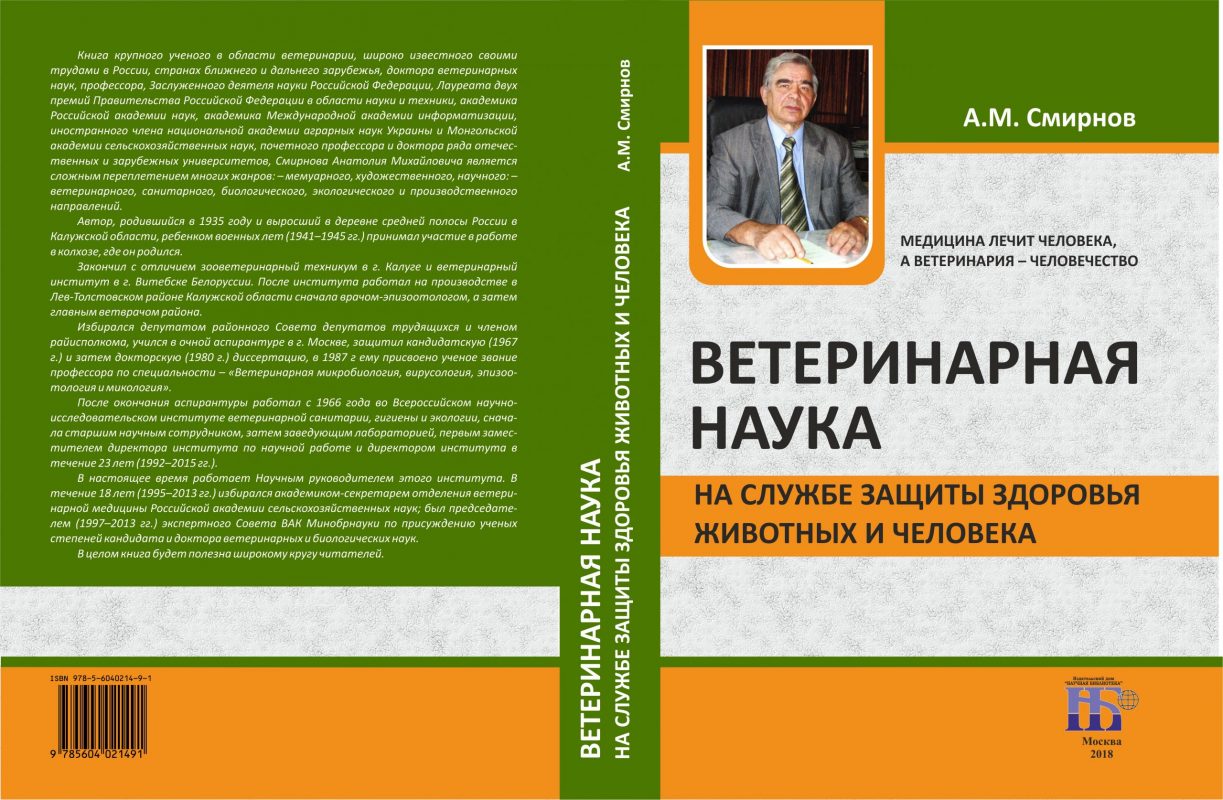 Price: 1500 RUB
The product has been successfully added to the cart!
Oops! Something went wrong while submitting the form.
Veterinary, zootechnics and biotechnology

The book of a prominent scientist in the field of veterinary medicine, widely known for his work in Russia, the countries of near and far abroad, doctor of veterinary sciences, professor, Honored Scientist of the Russian Federation, Laureate of two prizes of the Government of the Russian Federation in the field of science and technology, academician of the Russian Academy of Sciences, academician The International Academy of Informatization, a foreign member of the National Academy of Agrarian Sciences of Ukraine and the Mongolian Academy of Agricultural Sciences, an honorary professor and doctor of a number of domestic and foreign universities, Anatoly Smirnov is a complex interweaving of many genres: - memoir, art, scientific: - veterinary, sanitary, biological, environmental and production areas. The author, born in 1935 and raised in a village in central Russia in the Kaluga Region, a child of the war years (1941–1945) took part in the work on the collective farm where he was born. He graduated with honors from the Veterinary College in Kaluga and the Veterinary Institute in Vitebsk, Belarus. After the institute, he worked in production in the Lev-Tolstovsky district of the Kaluga region, first as an epizootologist, and then as the head veterinarian of the region. He was elected as a deputy of the district Council of Workers' Deputies and a member of the district executive committee, studied in full-time postgraduate study in Moscow, defended his Ph.D. thesis (1967) and then his doctoral (1980), in 1987 he was awarded the title of professor in the specialty “Veterinary Microbiology” , virology, epizootology and mycology. " After graduating from graduate school, he worked at the All-Russian Research Institute of Veterinary Sanitation, Hygiene and Ecology from 1966, first as a senior researcher, then as a laboratory head, first deputy director of the institute for scientific work and director of the institute for 23 years (1992–2015). . He currently works as the Scientific Director of this institute. For 18 years (1995–2013) he was elected the academician-secretary of the veterinary medicine department of the Russian Academy of Agricultural Sciences; He was the chairman (1997–2013) of the expert council of the Higher Attestation Commission of the Ministry of Education and Science on the awarding of scientific degrees of a candidate and a doctor of veterinary and biological sciences. In general, the book will be useful to a wide range of readers.