Reintegration or disintegration. How to protect national interests? 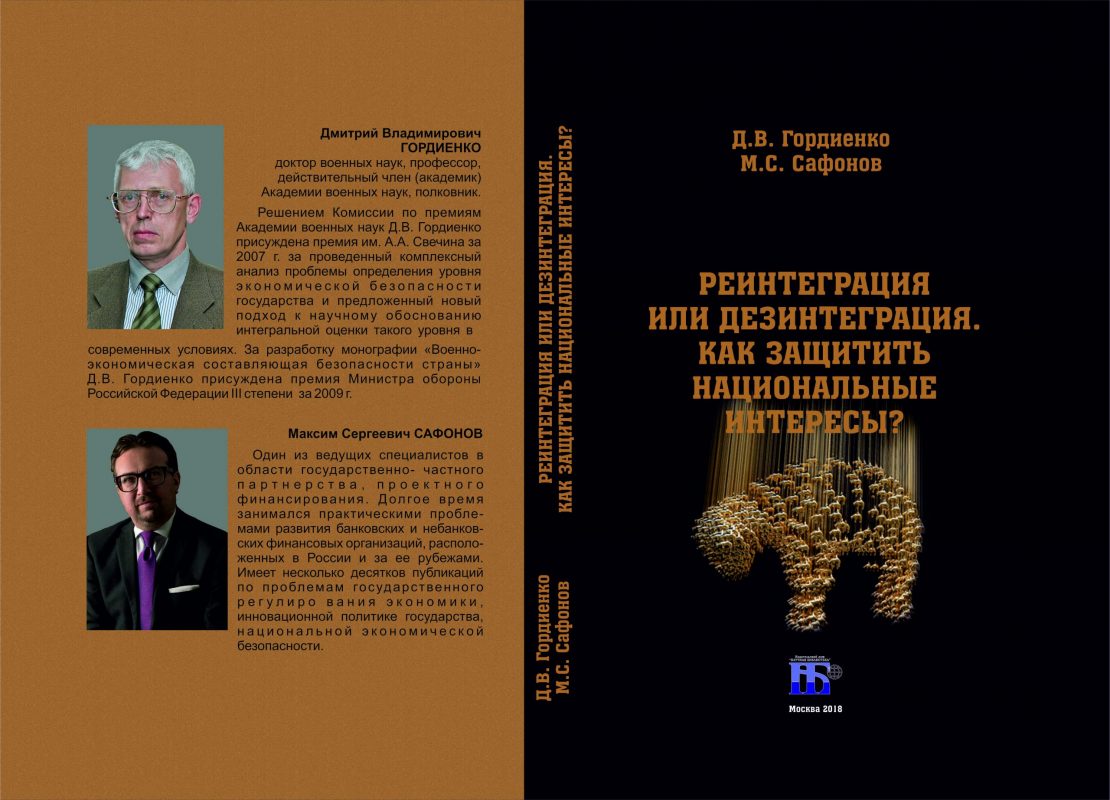 Price:   600 ₽
The product has been successfully added to the cart!
oops! Something went wrong while submitting the form.
Political science

The monograph presents a systematic and interconnected presentation of conceptual and logical-mathematical problems and tasks of assessing the level of economic security of various states at the present stage of development of the world economy, in which disintegration processes are becoming more noticeable and in which the protection of national interests comes to the fore again. The relevance of the topic of the monograph is due to obvious changes in the international situation that have occurred in the current decade of the XNUMXst century, and which require new approaches to solving urgent problems in the sphere of political, economic and military relations of the countries of the world community. Obviously, in such conditions, ensuring national security is closely connected with the solution of primarily economic issues. And when in the international situation everything is extremely unstable and constantly either local military conflicts arise or the threat of a global war is being discussed, we need to take concrete steps to strengthen the economic security of the state. The question is only in the volume of actions taken, in their sequence and in the consequences that they cause. It was to him that the authors in this work tried to answer.