Truth and justice as system-forming values 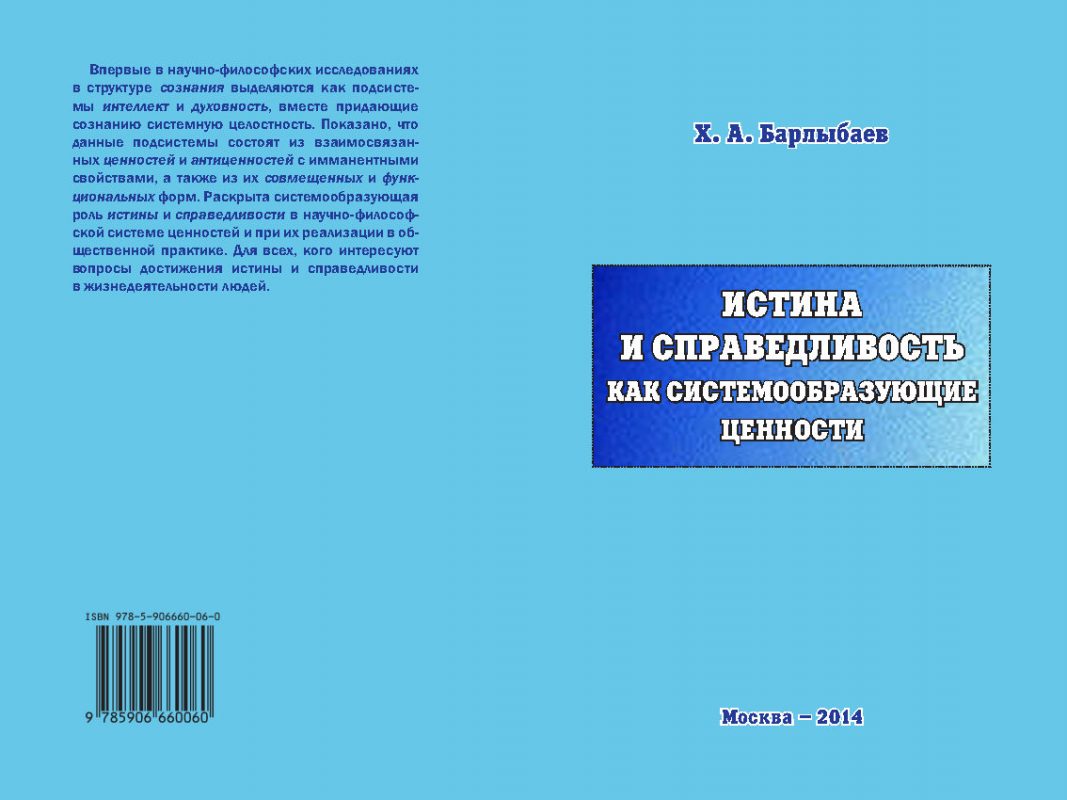 Price: 150 RUB
The product has been successfully added to the cart!
Oops! Something went wrong while submitting the form.
History, Philosophy

For the first time in scientific and philosophical studies, in the structure of consciousness, intellect and spirituality are singled out as subsystems, which together give the system integrity to consciousness. It is shown that these subsystems consist of interconnected values ​​and antivalues ​​with immanent properties, as well as their combined and functional forms. The system-forming role of truth and justice in the scientific and philosophical system of values ​​and in their implementation in public practice is revealed. For all who are interested in the issues of achieving truth and justice in the life of people.