From national identity to political identity. Evolution of English identity 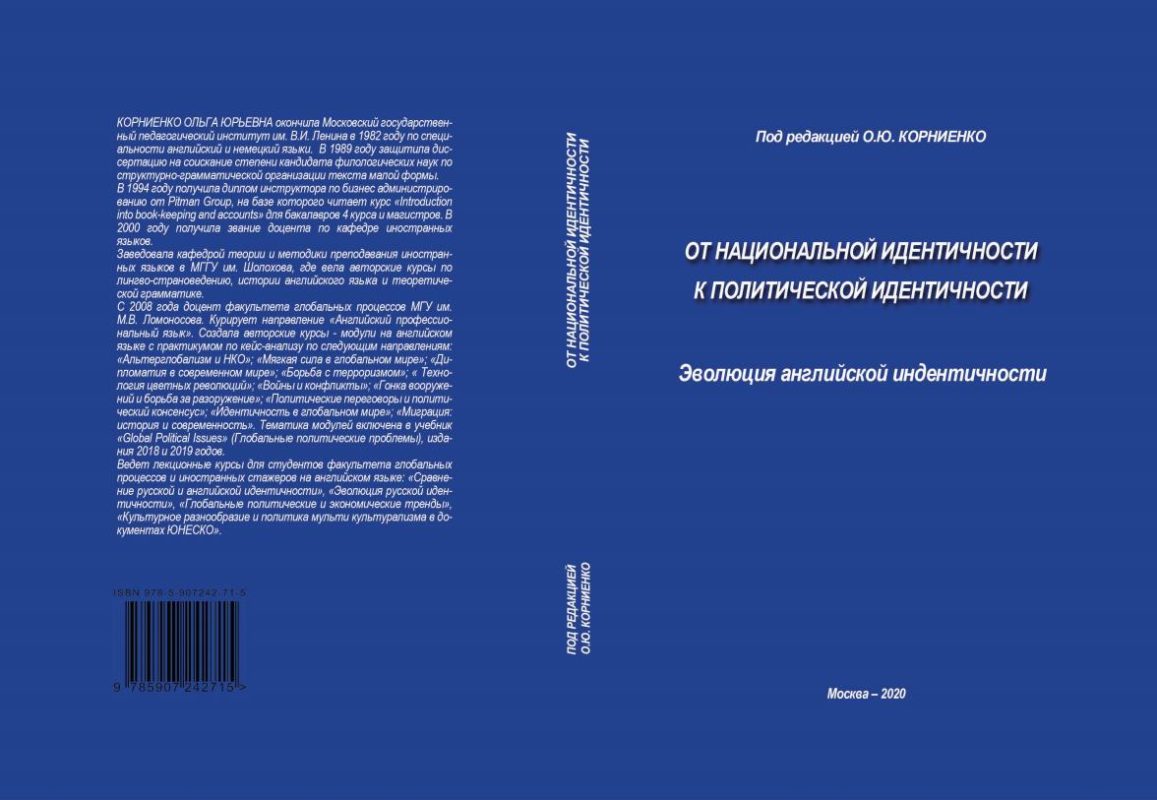 Price: 550 RUB
The product has been successfully added to the cart!
Oops! Something went wrong while submitting the form.
Political science

The monograph is the result of many years of research related to national values, ethnic and national identity. Much attention is paid to the advancement of political identity to the first role in the modern world, largely under the influence of political elites. The influence of the most important religious and ideological factor on the formation of British identity is analyzed. The analysis is carried out in a historical aspect, starting with the role of the Druidic substratum to the role of the Protestant churches in the educational system, which was mainly transferred by the pilgrims to the new American homeland. The author considers the importance of the spatial factor for the evolution of English identity, starting from the period of the development of new lands, through the increment of territories due to the peaceful colonization of Wales, the forcible annexation of Ireland and the purchase of Scotland, and then - to the colonization of Asia, Africa and America. The important role of mega-projects in the integration of new territories is noted. The evolution of the political identity of Great Britain is considered, including the formation and modern role of the royal power, parliament, parties, the Privy Council, the characteristic language of political elites. The monograph may be of interest to political scientists, sociologists, specialists in the field of international relations, it is intended for training senior bachelor students, undergraduates, graduate students.