Methodological problems of the social sciences and humanities 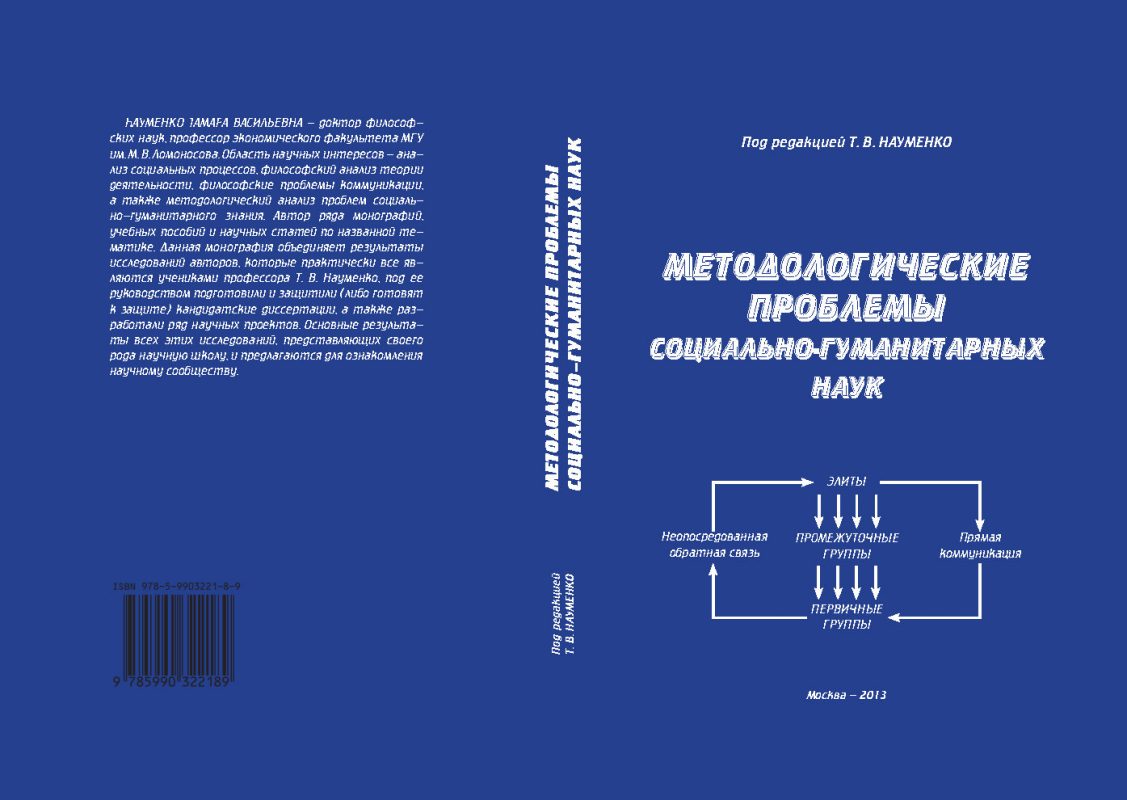 Price:   750 ₽
The product has been successfully added to the cart!
oops! Something went wrong while submitting the form.
Political science

The monograph is devoted to the analysis of a number of methodological problems of the social sciences and humanities - philosophy, political science and economics. The most common and relevant problems of philosophy, political science, economics and management theory are considered. The current philosophical topics are analyzed: activity, freedom and death. The political science unit is represented by an analysis of political communication, the influence of mass communication and manipulative technologies on political processes. The economic section of the problems includes a methodological analysis of competition, competitiveness, ethical problems of modern business, as well as problems of modern management in the form of forms of influence on the economic processes of persuasive communication and its varieties - advertising and PR. The monograph is addressed to the scientific community, as well as graduate students, students and everyone who is interested in the problems of the social sciences and humanities.