Introduction to the philosophy of solidarity 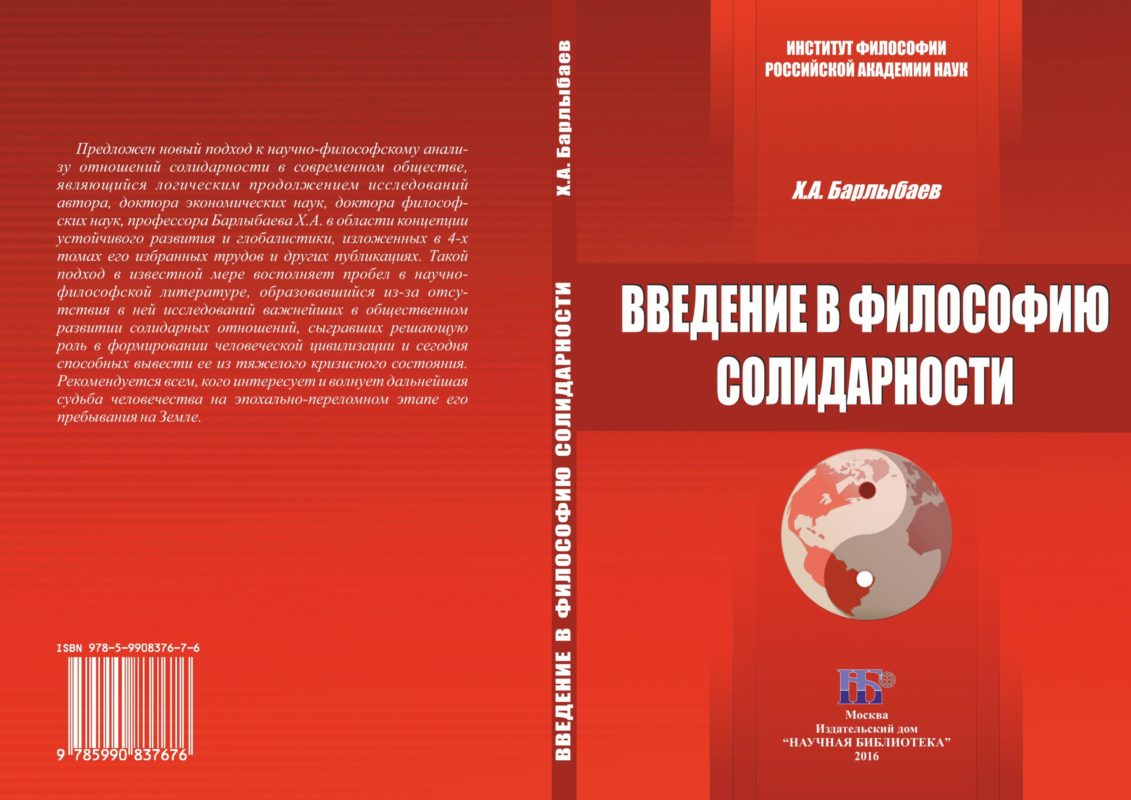 Price: 260 RUB
The product has been successfully added to the cart!
Oops! Something went wrong while submitting the form.
History, Philosophy

A new approach to the scientific and philosophical analysis of solidarity relations in modern society is proposed, which is a logical continuation of the research of the author, Doctor of Economics, Doctor of Philosophy, Professor Barlybaev Kh.A. in the field of the concept of sustainable development and global studies, set out in 4 volumes of his selected works and other publications. This approach, to a certain extent, fills the gap in the scientific and philosophical literature, formed due to the lack of research in it, the most important in the social development of solidarity relations, which played a decisive role in the formation of human civilization and today are able to bring it out of a severe crisis. Recommended to everyone who is interested and worried about the further fate of mankind at the epoch-making and turning point of his stay on Earth