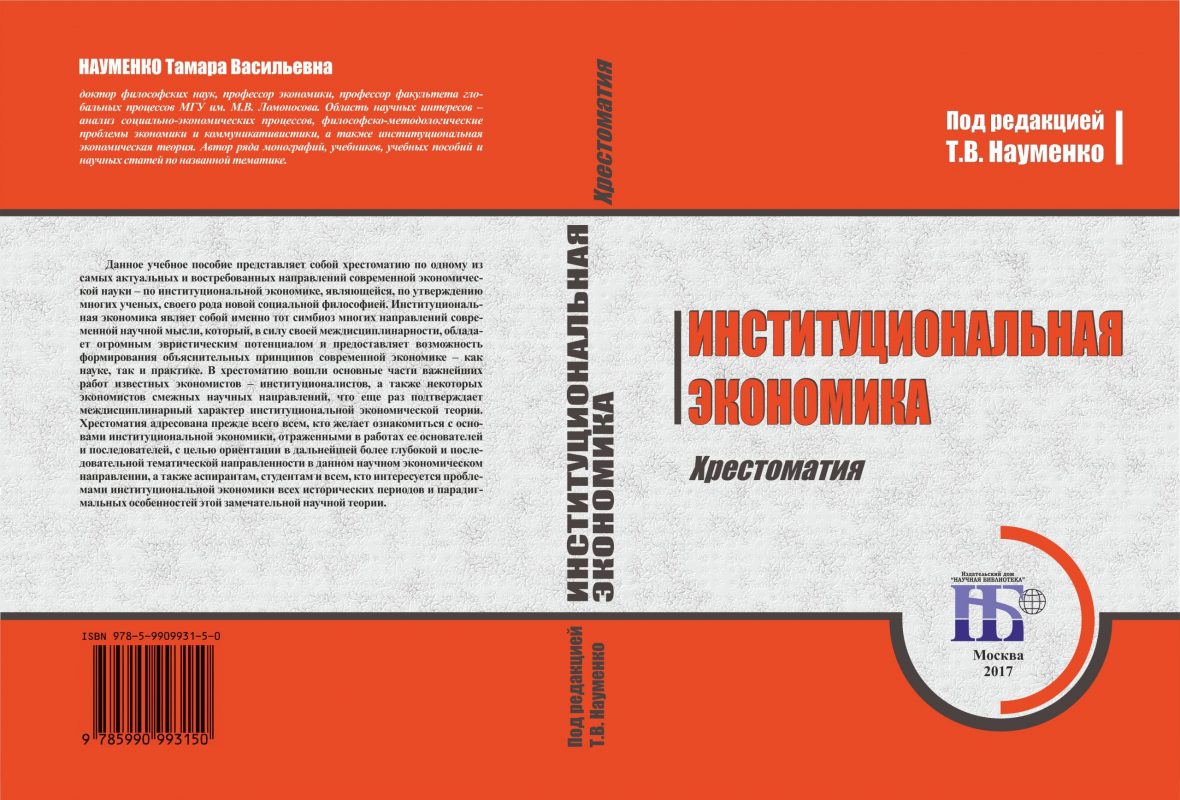 Price: 840 RUB
The product has been successfully added to the cart!
Oops! Something went wrong while submitting the form.
Economics, finance

This study guide is a textbook on one of the most relevant and sought-after areas of modern economic science - institutional economics, which, according to many scientists, is a kind of new social philosophy. Institutional economics is precisely the symbiosis of many areas of modern scientific thought, which, by virtue of its interdisciplinarity, has enormous heuristic potential and provides the opportunity to form explanatory principles for the modern economy - both science and practice. The anthology includes the main parts of the most important works of famous economists - institutionalists, as well as some economists of related scientific fields, which once again confirms the interdisciplinary nature of institutional economic theory. The anthology is addressed first of all to those who wish to get acquainted with the fundamentals of institutional economics, reflected in the works of its founders and followers, with a view to orienting them in a deeper and more consistent thematic direction in this scientific economic direction, as well as to graduate students, students and everyone who is interested in problems institutional economics of all historical periods and the paradigm features of this remarkable scientific theory.